In Cakes and Desserts, Muffins 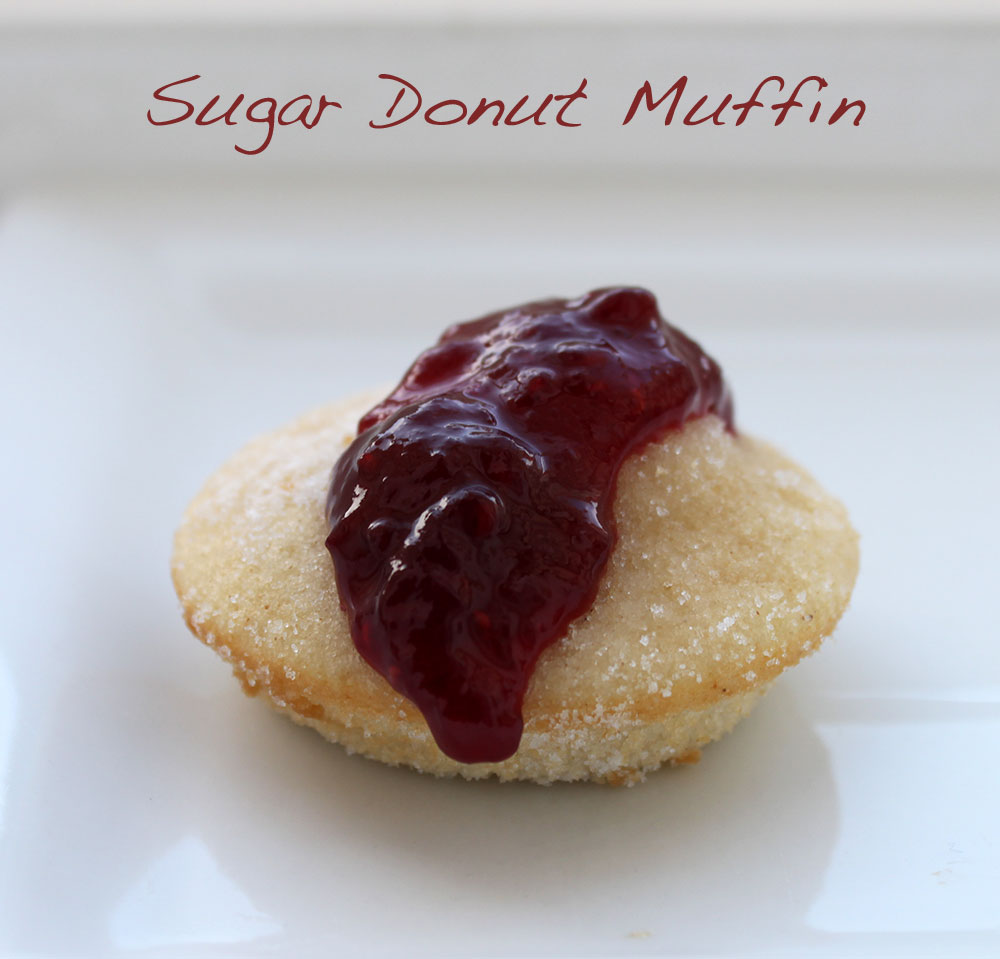 Since I recently announced my semi-secret blog to the world, I’ve been having lots of discussions at work about food and photography. It felt about time that I bring in baked treats for the office, pictures and words are all very well but the essence of food is eating.

But what do I make? I wanted to make something new, something not already on my blog, but something that I know will go down well with my colleagues. As I am Coffee Muffins after all, I thought muffins would be perfect to start off with. With some lemon curd in the fridge and some blueberries in the freezer it was really tempting to go ahead and make these Lemon and Blueberry Muffins again.

But I managed to resist, out of all the things that make it on to the office “shared food counter” doughnuts are by far the most common. Usually from Tesco, often with jam and custard fillings, they tend to disappear quick.

So what could be more perfect than a Doughnut Muffin? Thankfully such a thing already existed! I had seen this wonderful recipe for Sugar Donut Muffins a couple of months back. 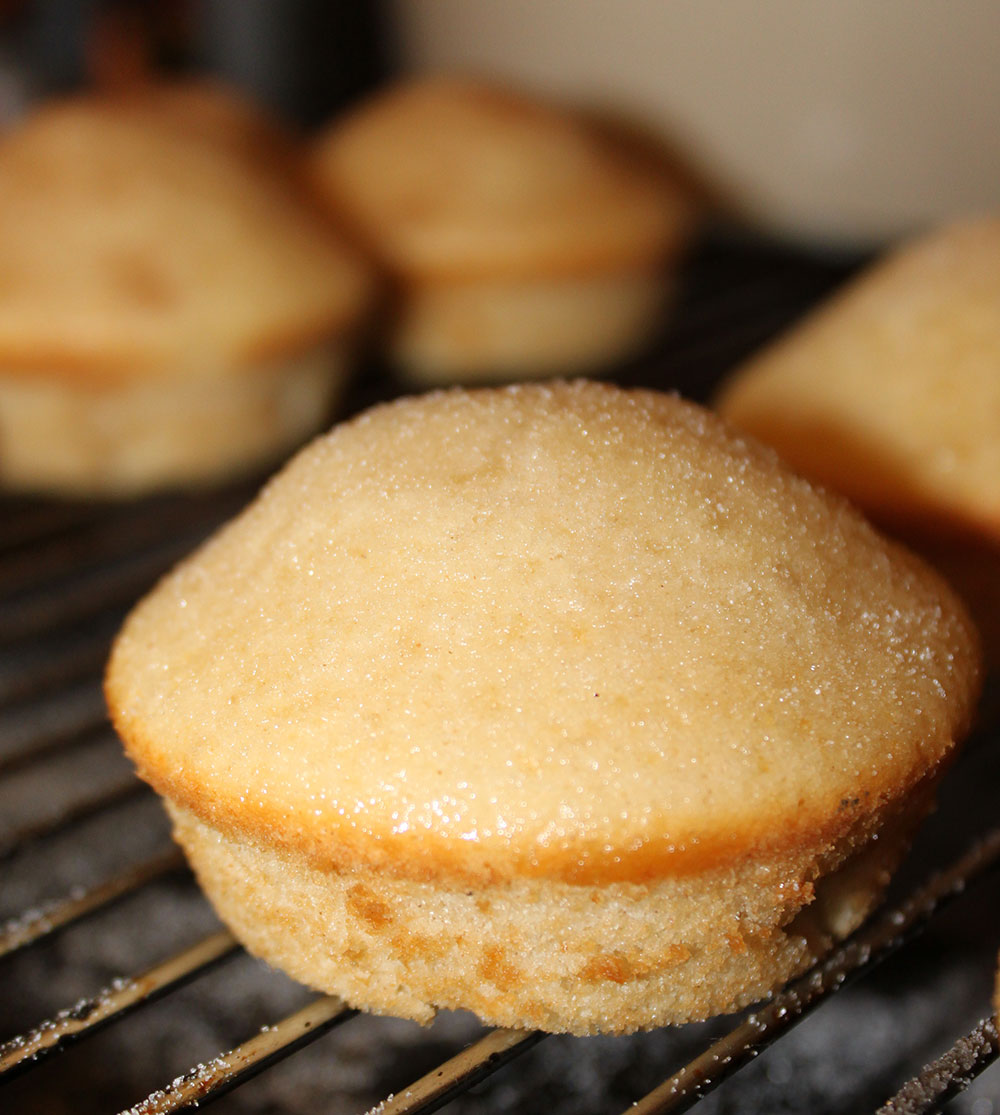 I made one batch, which should make 10 muffins, I ended up making 6 large muffins and 6 smaller fairy cake sized muffins. Half I topped with cinnamon sugar, the other with plain old caster sugar (and one of them I topped with caster sugar and raspberry jam – which I had for breakfast). 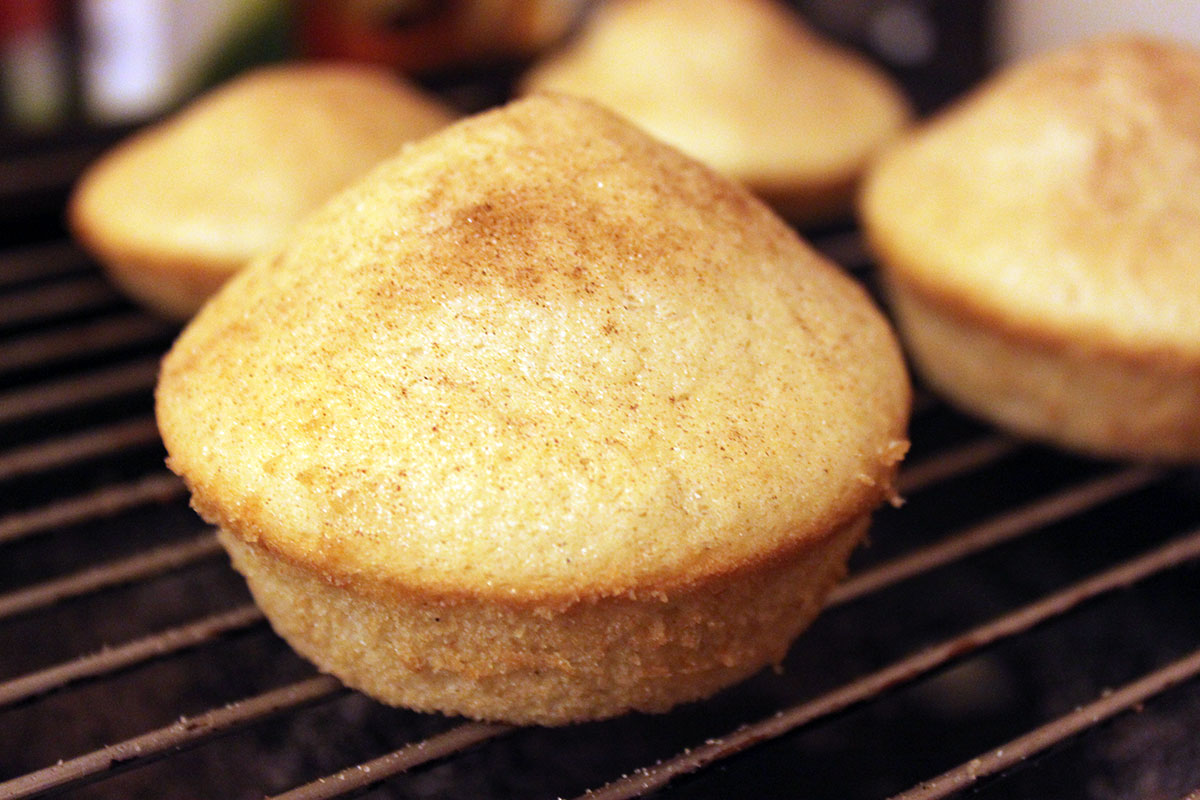 These are almost too simple to make (and far to easy to eat) the thing that shocked me the most was that they were a lot healthier than I imagined. I mean these are not for those of you on diets, but they must be a healthier option to the usual deep fried doughnut.

I stuck to Cinnamon Spice’s recipe for Sugar Donut Muffins religiously and they worked perfectly. The only problem is that next time I will have to make more 🙂