Each week I get a lettuce in my organic veggie box, so much so that it feels like we have a never ending supply of the strange purple tinged slightly bitter lettuce. 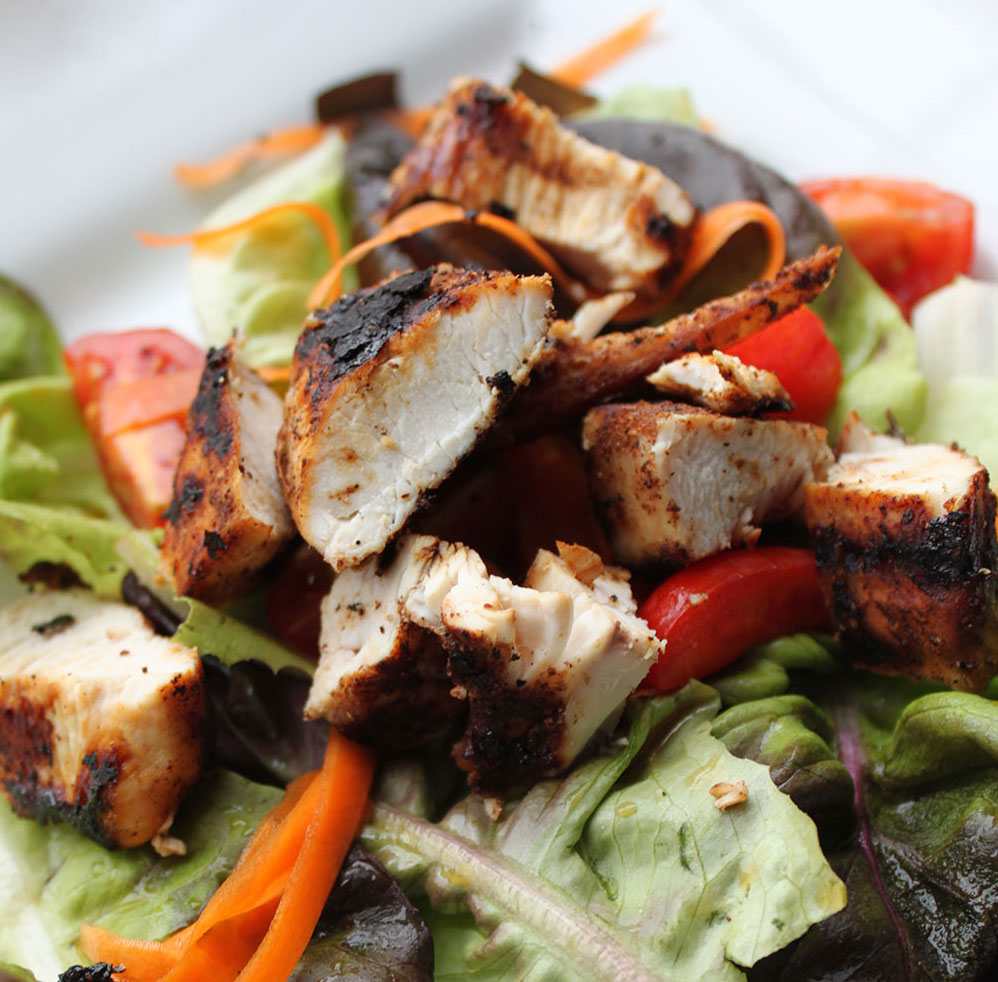 As it tends to go slightly limp towards the end of the week, I decided to use it as much as possible this evening. Instead of making one of my typical chinese stir fries, I turned it in to more of a summery chinese-inspired salad. The strong flavours of the oil and the soy sauce help with the bitterness of the lettuce.

I have been making a basic salad like this for weeks now, with lettuce, tomatoes, and thinly peeled raw carrot. It works really well with a chinese dressing, normally we have it just on the side as part of a meal. But this time I decided to make chicken to go with the salad.

Place the halved (longwise) chicken breasts in a bowl add the Chinese 5-spice and the soy sauce. Place either on a hot grill pan, or on a barbecue/grill. Leave till it starts to blacken before turning the chicken.

While the chicken is cooking make your salad, by washing the leaves, chopping the tomatoes and peeling the carrot. Add all the vegetables in to a bowl.

Make the dressing by mixing the soy sauce and the sesame seed oil. Pour over the rest of the salad, and toss to ensure everything is evenly coated.